At the lake or in the lake?

At the lake or in the lake?

The proper approach to landing next to the lake Thanks to George Ferris. Discuss "At the lake or in the lake?" at the Oz Report forum   link» 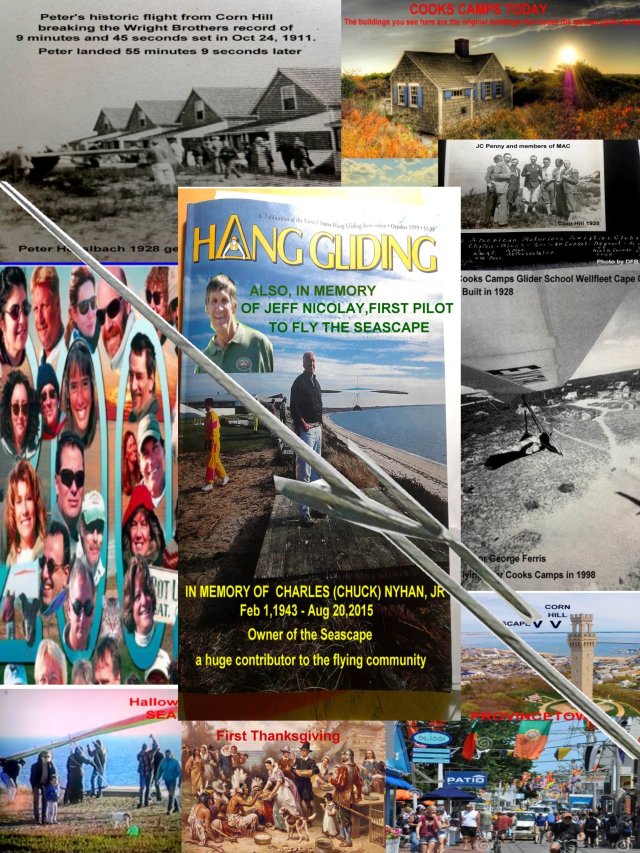 This article is about the history, the beginning of glider soaring in the USA that started in 1928 in Wellfleet on Cape Cod. How the people involved back then are linked together with the Pilgrims in the year 1620, the first Thanksgiving in the year 1621, the German Luftwaffe in 1928, JC Penney of the JC Penney retail stores in 1928, the Seascape in North Truro, and Dave and Lori Sexton present owners of Cooks Camps in Wellfleet which is a stones throw from the hang and paraglider launch that exist in Wellfleet to this day. 1) The answer is a true fact

This is the hill where the corn was stolen by the pilgrims and planted the following year . To make restitution to the local Indians they held a large feast that we now celebrate as thanksgiving. In the early 70s some of the first soaring flights began here at corn hill and pilots flew here until 2013 when the last launch ( house lot) at corn hill was developed.

Thanks to George Ferris.

I finally found this photo after many years of searching. The Sky Sports HGMA testing crew back in the 70s. Enjoy this video I took years ago. There is some cool launching technique of vultures in the video: http://youtu.be/d2mVBEV9rHI

George Ferris and his foam glider

If you enjoy RC Glider flying but don't want the worry about huge experience, weeks or months of building or down time for repairs our Martin Wing is for you. Other than the elevons (control surfaces) the Martin is constructed of foam. It arrives as two wing halves that are easily glued together and the cutouts, that are necessary for electronics etc, are already done for you. 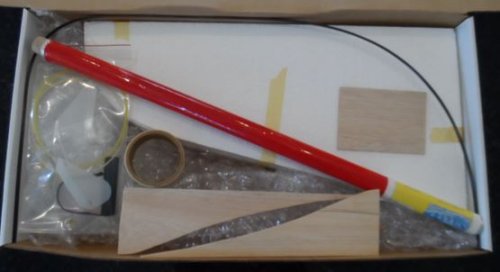 The Martin is built so that even if it falls out of a 60 foot tree it would simply take a piece of tape to ready it for flying again. Thanks to Doug Martin we have a wing that will ridge soar in the lightest conditions, out thermal, out glide, out sink any other foam wing and if that doesn't matter to you just have fun. http://www.seascapemotorinn.com and select Press (as in news press and articles).

The date for this year's Cape Cod Halloween Flyin will be October 20th - 27th. Hope to see everyone there that I know and miss. For more info go to <seascape> and select.

George Ferris, where are you? »

George Ferris, where are you?

Discuss George Ferris, where are you? at the Oz Report forum   link»

George Ferris⁣ gets his record »

The new out and return record

Belinda and I are at Wallaby Ranch. We arrived here on Wednesday (January 20th). Three great days of flying before the rains today. Got a 73 miler past Silver Springs the second day I was here. Yesterday showed strong winds but weak lift under great looks, but not producing cloud streets. Carlos and I only went a bit over 23 miles.

Apparently flying has been great in Florida, at least since last October, except for a few weeks around Christmas (wouldn't you know it). George Ferris was getting long flights here on his Exxtacy, just before we got here.

The Ranch now has a chef, Jerome, and he is great. Cooks two to three meals a day, and frankly it is a 100% improvement on the Wallaby Ranch as a place to hang out, not that it wasn't already great. Anything to avoid going out for breakfast, and you get to meet and sit down with everyone here. Great food.

Lots of work taking place here, with many people providing the labor. This has been a big Brazilian contingent, and that has added to the atmosphere. Even Rhett's place looks improved. Kerry Lloyd has taken over the accounting, and Quicken Books has been set up to easily track the numerous services provided by the ranch personnel.

See more below for a few tidbits on our travels to Wallaby.

Saturday there was a special 5th birthday party at the Ranch for Malcolm Jones' daughter.

Lots of five year olds, farm animals, ponies, a huge pile of sand, Jerome, the chef and his crew all dressed up, the pole barn all decked out with paper cactuses, cowboy hats for all the kids along with scarfs.

Oh yes, and the tree house out of Dr. Suess through Malcolm. A southern father dotes on his daughter.